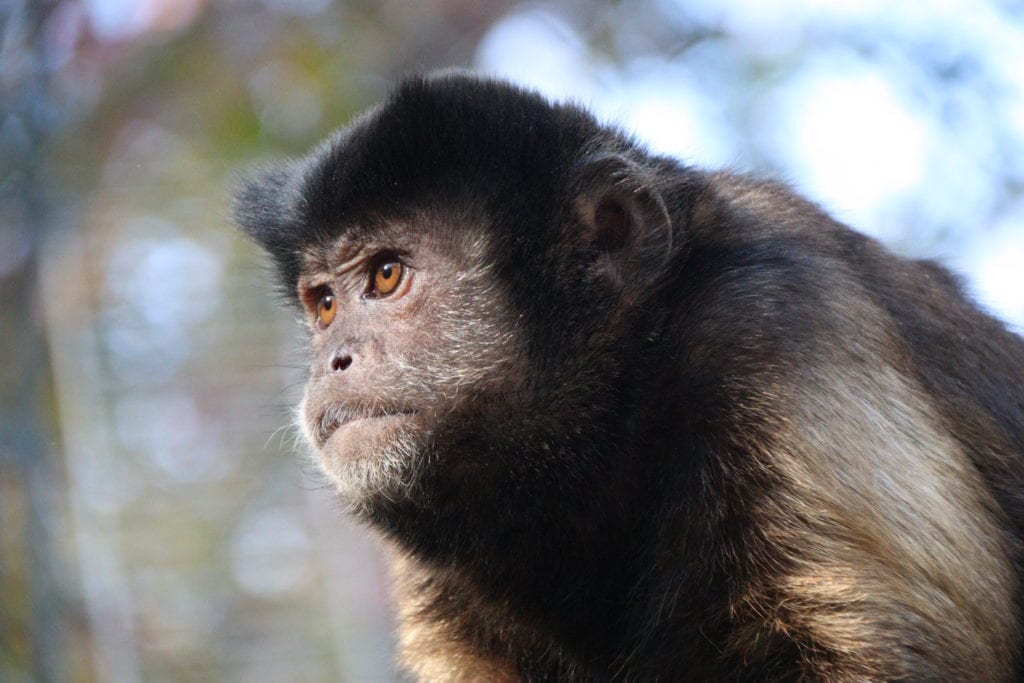 Our resident capuchin population voluntarily participates in non-invasive cognitive, social, and behavioral research with many of our scientists. Each of the six social groups has access to its own indoor enclosure as well as an outdoor play yard, to which the monkeys have daily access as long as weather permits. The capuchins participate in manual tasks (such as token trading), and are experienced with computer-based testing using the LRC’s computerized testing system. This allows researchers to answer questions not only about cognitive ability, but about how that cognitive ability is affected by specific task demands and contexts.

The capuchins are also the subject of ongoing endocrinological research at the LRC, in which hormones are sampled using non-invasive fecal, urinary, or positive-reinforcement trained salivary collection. These samples can then be correlated with ongoing cognitive and behavioral research to explore hormonal factors of behavior.